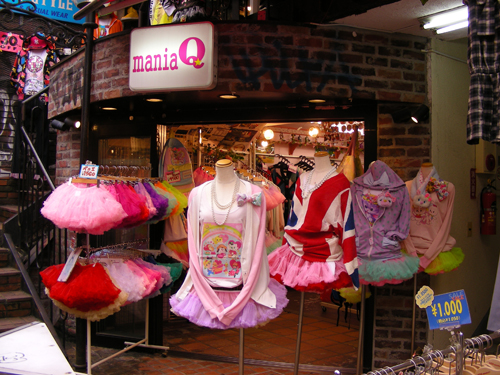 Both Japan and the US are countries where people are concerned with current fashion trends. New York and Tokyo are both international fashion capitals, so it is not surprising that both Tokyo street fashion and North American fashion influence each other. You’ll often see both Japanese and American brands becoming popular in both countries, and it is easy to see similarities between the two fashion trends.

One factor that makes Tokyo street fashion easy to wear in North America is the weather. Both Japan and the US have four seasons, and fashion trends follow these seasons. Also, both the US and Japan have rich cultures, where fashion trends arise out of the different cultural backgrounds found throughout both countries.

On the other hand, cosplay has spread all over the world. It has become an almost normal occurrence to see teenagers and young people wearing costumes of their favorite anime and manga characters. In the US, more and more teenagers have embraced cosplay, which started in Tokyo. Americans have incorporated their own fashion sense into the characters and costumes that they create, making cosplay a unique and fun fashion trend in the US.