Japan is a country rich in culture and traditions. Even in films, you can immediately recognize Japanese when they are in their traditional costumes. Although they have stormed the world with their trend-setting fashion, especially the most popular Tokyo fashion styles, they simply think their momentous events in life should still be celebrated in their nation’s traditional wear.

Kimono is not only well-known in Japan; it has been a symbol representing the country all over the world. But perhaps what the world doesn’t know is that the word kimono per se isn’t only referring to one traditional wear but it is a collective term for the traditional costumes of the country.

There are varying kimono designs and materials but each of them serves a unique purpose. Lined kimonos or awase, usually worn in the cooler months, is made from silk and sometimes wool or synthetic fabrics. On the other hand, yukata is made of cotton and is worn by both men and women during the warmer months. It is the elites who primarily parade plain white cotton yukata inside the bath houses but then it evolved as a common wear for young women and even children. It’s now worn during summer festivals and fireworks displays and often comes in bright colors. 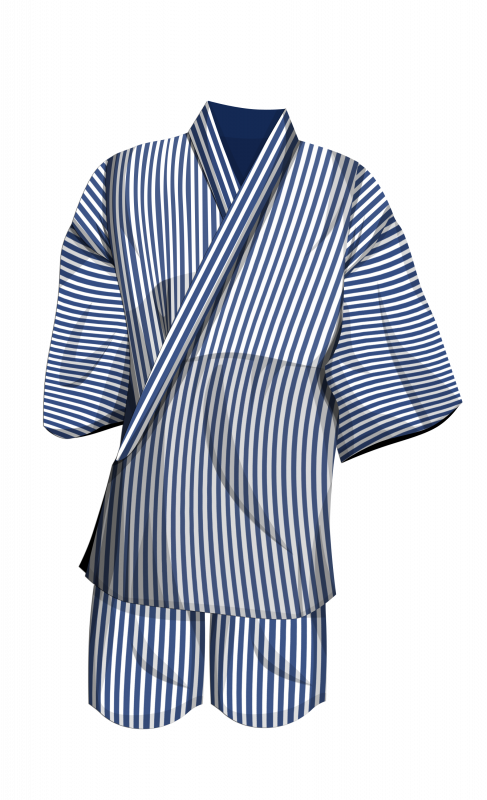 Likewise, happi is a traditional Japanese wear styled as straight-sleeved indigo or brown cotton coat and is being worn on festivals. Happi has an imprinted mon that represents the crest of a particular family in the earlier times and now displays even the symbolisms of organizations and shops.

Moreover, Japanese boys who turned five are excited to wear their first hakama. On the celebration of Shichi-Go-San, boys are brought to the Meiji Shrine wearing their first hakama along with the girls who turned seven. A hakama, traditionally worn over a kimono, has five pleats in the front and two in the back and is secured by four straps. While men can wear hakama in formal or even informal events, women only wear such during graduation ceremonies and while engaging in some native sports like kyudo and kendo.

On this special day on the shrine, girls of age seven put aside the cord they normally tie their kimono with and replace it with an obi. But as they turn 20, these ladies celebrate their adulthood in an event called Coming of Age Day. Celebrated on the second Monday of January, this is their first time to wear a furisode which signifies that they’re of legal age already, single, and are ready for marriage. This type of formal kimono is made of the finest silk and is quite expensive so Japanese families retreat to renting one for the celebration. Ladies further wear it on formal gatherings like tea and wedding ceremonies until the time they get married.

And when they finally do, women wear the traditional wedding attire, the elegant uchikake. This is worn over a kimono and obi and somehow serves as a coat. Uchikake comes in white or red, sometimes in more vivid colors, and gracefully trails along the ground. It has beautifully woven flowers or unstructured patterns all over making it a true intricate piece of art.

After the wedding then, women will be wearing another formal kimono, the tomesode, on wedding ceremonies of their close relatives. Tomesode, however, cannot be worn on any other ceremonies even on a close friend’s wedding.

Wearing traditional costumes is a culture continuously passed from generation to generation in Japan. It is wonderful of the Japanese that in spite their popularity in the fast-paced Japanese fashion industry, their firm regard of their traditional culture remain unwavering and unshaken.