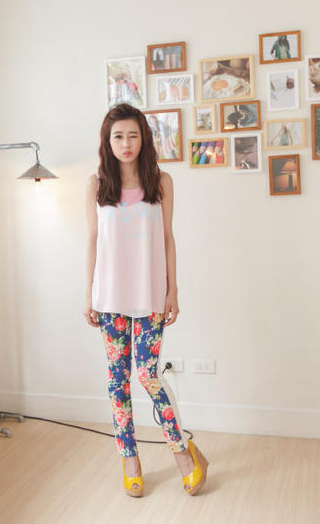 There are a lot of similarities between Korean and Japanese street fashion. Both countries experience four seasons, so there are a lot of colors and light fabric during summer and spring, and a lot of neutrals, scarves, coats and boots during winter and fall.

There are also similar styles and brands in both countries, with some Japanese brands expanding in Korea and vice versa. And since the Koreans and the Japanese have similar physical features, it is not surprising that both countries have the same measurement system, and even make-up trends are similar.

Koreans are more into layering their clothes whatever the season is. The Japanese are more experimental when it comes to fashion, with younger people trying out more quirky trends. For example, when the blonde hair color became a fad in Korea, you’ll see a lot of Korean people dyeing their hair the exact same shade. The Japanese are willing to try different colors, and some young Japanese people have pink, green, blue or purple hair.


Koreans also dress according to their age, but most people between the ages of 20-30 try to dress in a cute yet classic way. Most Koreans are also very conservative that they tend to wear stockings and socks under their short skirts and pants whenever they go out. Thus, the layering of clothes. Young Japanese people are more daring. As a rule, they tend to wear whatever they want, regardless of the trends and fads in their countries. The Japanese are trendsetters, while Koreans tend to alter the trends and adapt it to their culture,

These are just some differences between Korean street fashion and Japanese street fashion. Both countries have fashionable people, and each group’s unique fashion sense makes both of them popular in other parts of the world.

If you want to check out the latest fashion styles available from Asia, check out our previous post listing a few of our favorite online shops here!