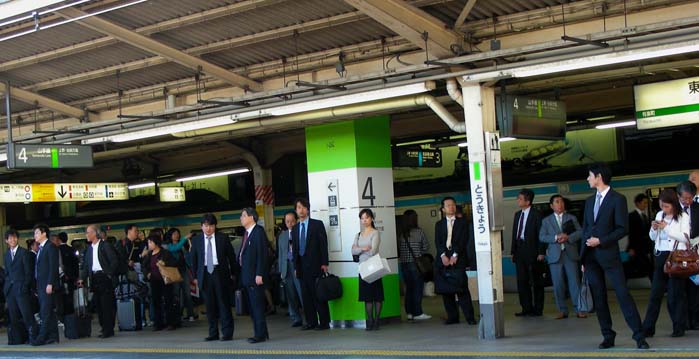 Tattered jeans or stockings, boots, short denim skirts, loose shirts, heavy eye make-up and messy hair. Most people would associate Tokyo fashion with these descriptions. However, you shouldn’t forget that Tokyo is also the center of business and trade in Japan, which means that there are a considerable number of office workers in the city. So why not take a break from looking at young Japanese and feast your eyes on the kind of clothes that office workers wear.

However, don’t be surprised to see some men wearing more colorful shirts, ties or sometimes, pants. Fashion in Japan is so diverse that even men are trying to be more creative with their clothes.

So next time you visit Tokyo, go beyond the younger generation’s fashion and look at the kind of clothes that middle-aged people wear. You’ll be amazed and surprised that they also have their unique fashion sense.