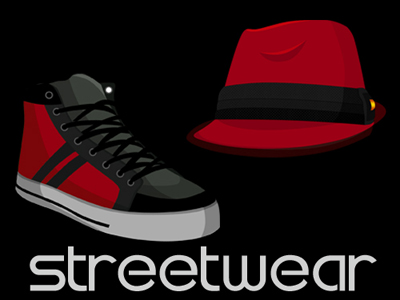 Urban and understated, yet unmistakably trendy, Tokyo streetwear fashion is not just about fashion, it represents a way of life. Originally worn by skateboarders from cities such as New York and Los Angeles street fashion has grown incredibly, and is now a popular style found all over the streets in major cities like Tokyo.

With the growing visibility of skateboarders on the street and in the parks it’s hardly surprising the trend took off, with a small almost accidental fashion trend emerging as a mainstream style that is still growing strong and is still fresh and new today. However that’s not to say it’s forgotten its roots. From the mid eighties streetwear has been linked to skateboarding and major brands that market to this urban sport, both in the UK and abroad.

The international success of street fashion has led to flexible characteristics with its precise meaning varying from place to place and person to person. Its popularity in different countries and different cultures has also led to its development. Japan for example has had a particular influence on its development, as has the music scene and the styles worn by a number of Indie bands. Each culture, each country and each local area will put its own slant on a streetwear trend or style, from the brand, design or logo to the way a particular piece of clothing is worn.


As each decade has shifted and altered the fashion status quo, streetwear has likewise changed; moving through and referencing elements of Punk and Hip-Hop, becoming increasingly visible in well-known fashion brands and labels. With its rise in popularity has grown its visibility in the media and on-line, with celebrities in film, television and music now wearing styles associated with modern urban steetwear. Stars appear in graphic and illustrated t-shirts teamed with jeans and vintage sneakers; comfortable and relaxed but young and stylish. Gold chains and ‘bling’ jewelry is also associated with streetwear styles, with a mixture of head wear ranging from bandanas to fedora hats.

Today streetwear fashion still twists and turns and changes with each year, with a wide range of clothing in a variety of styles and fabrics used to create its unique look. However key clothing pieces such as baseball caps, sneakers, jeans and chinos such as those by Volcom are often and repeatedly associated with this trend. Creative and unique, streetwear reacts against the perfectly cultured manufactured look and gives individuals the freedom to mix and match and wear something that says something about how and where they live.